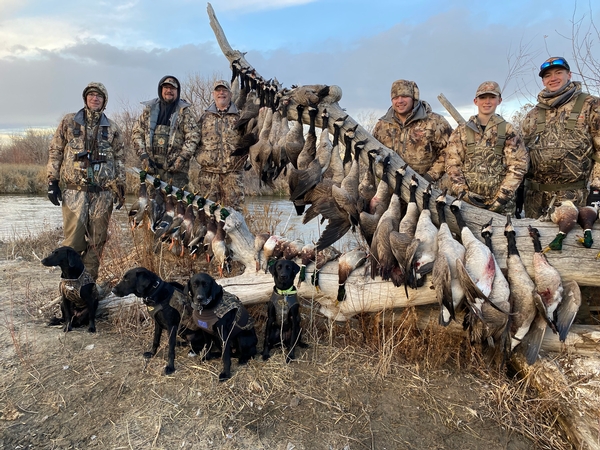 For our second year in a row, we traveled to western Nebraska to operate a month's worth of duck and goose hunts on the North Platte River while Canada and much of the democrat led states continue to stay masked up and let government dictate rules that make no sense.  What a blessing to sit in a duck blind for 25 days running  then heading to a city where you don't have to show a vaccine passport to get into the local sports bar.  Those reasons alone were well worth getting the heck out of Canada and enjoy the values of a midwest state.  Despite duck numbers being down due to overall summer brood production, we would hit high notes on the geese time and time again.  And although Canada has now opened up to get our hunters back north, we'll be turning south again in 2022 immediately following the Alberta Deer season.  This is just an all around fun hunt.