Beast of a bear 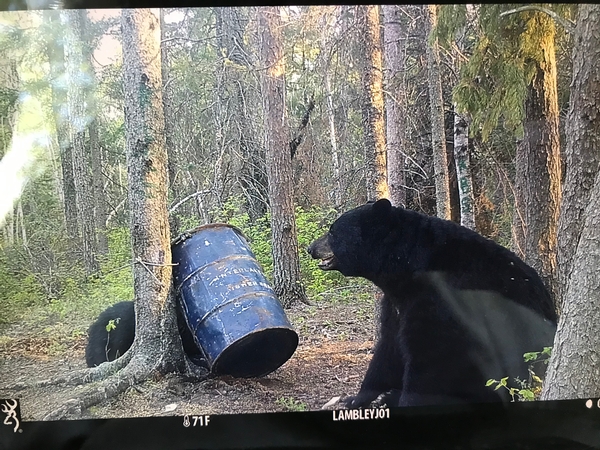 This beast of a bear showed up for just three days, joining up with a sow in heat before leaving the bait to not show again for the remainder of the season.  This boar would likely give 500 #lbs a run, as well as he'd likely jump the 21" skull marker.   So often spring hunters like that late May and early June just for this reason as these big guys often show themselves.  I can agree on some regards to that, but similar to this guy,  just as quick as they often show, they can also be just as inconsistent at this time of year.   If this same bear shows again, you can bet we will be pushing many a hunter to cover this tree stand base in order to collect him.