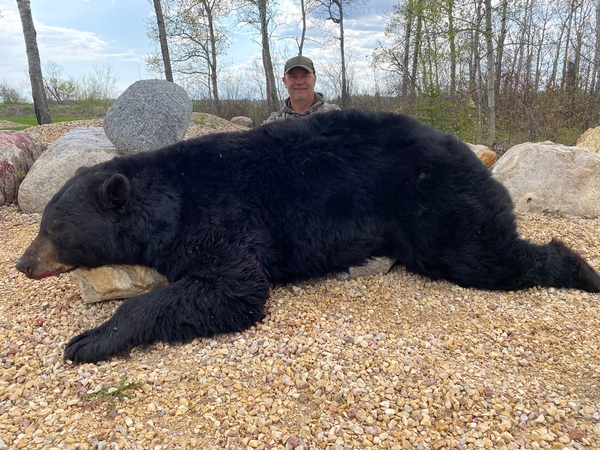 Brad Mason from Negaunee, Michigan would take our biggest black bear to date, a 590 pound boar.  The craziest part is that I thought this was a bear we had been watching on several cameras over a six mile area, but was pleasantly surprised to see yet a second 500 pound plus bear still out there.  I would later have this 2nd bear at just 15 yards walking into a bait while he shadowed a hot sow.  Pretty exciting stuff.